A petition was delivered to the full meeting of Stoke-on-Trent City Council on Thursday by a group of mums who are desperately trying to get the leading coalition to change their minds over proposed changes to their beloved Children’s Centres.

In her address to the assembled councillors the group’s spokesperson Nicola Howarth, stressed the impact that these proposals would have on our city’s children, some of which
come from our most vulnerable families.

She told the coalition:

You are proposing to cut play and learn from 33 to 9 staff, less than one per centre and which will equate to each play and learn staff working with around 1400 families which is clearly impossible.

You are proposing to reduce family support even though there is a waiting list.

You are also proposing to delete community development officer posts, the people who are the key to getting parents engaged and back in to work, ensuring a warm safe environment to vunerable families whilst also ensuring that we comply with safeguarding and health and safety regulations and finally you are planning to remove the leaders who make the partnership works and brings parents and partners together ensuring quality.

She has a point.

You see the City Independent/Conservative/UKIP coalition have boxed quite cleverly here because about two years ago they moved the staff involved in delivering these vital services from ‘Children’s Centres’ and put them into the ‘Co-operative Working’ department. In my opinion, they did this because they knew that after their first year in office, when they kept the cuts to a minimum and did not raise council tax, they would have to start wielding the axe in year two.

This coalition cannot spin the impact these cuts will have on the early lives of our city’s children – although, by god they’ve tried!

We are not closing ANY Children’s Centres

Err.. yes you are – there will be three less buildings at the end of this process AND you are building a brand new library in Trentham even though there are two very close by. One at the Ormiston Academy in Blurton and one on the Trentham side of Longton.

The only staff that are going is Co-operative Working Staff that operate from Children’s Centres.

That’s because you have manipulated the departments to suit your agenda.

The truth is the ruling coalition are massively reducing the number of staff delivering the services these mums absolutely rely on.

These slides prove it: 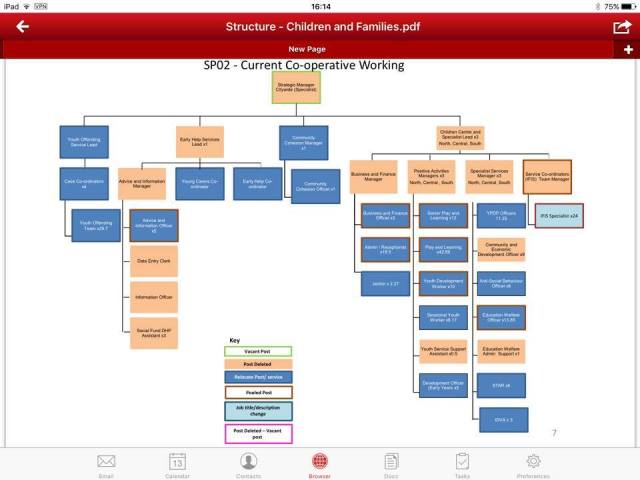 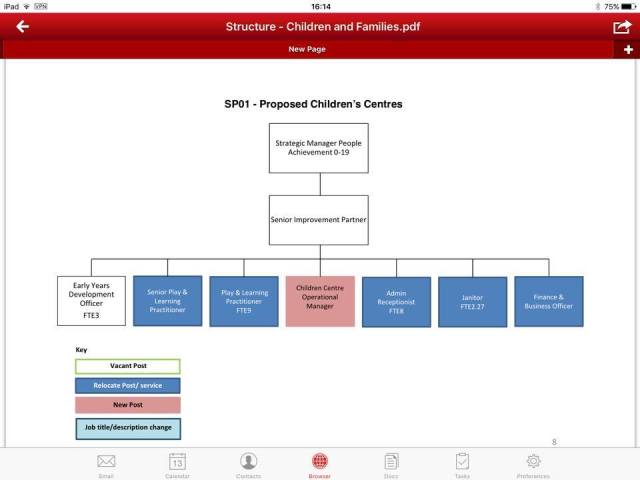 These charts tell it how it is – our coalition politicians are spinning and are using the guise of ‘co-operative working’ to hide the fact that they are comfortable slashing jobs and damaging the early years intervention for our city’s kids.

The Labour Group on the City Council, along with a couple of other councillors, tabled an amendment, won the vote and forced the administration to refer the issue to the Overview & Scrutiny Committee for further investigation.

This will give the opportunity to ask for further clarification, sort spin from fact and look between the murky details of this proposal. 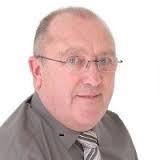 Now meet Cllr Alan Dutton. He is the councillor for the Burslem Central ward and he was a former Labour councillor. He was also the Cabinet Member for Education which had in it’s portfolio, you’ve guessed it, Children’s Centres.

I 2011 Alan Dutton wrote an article where he said this:

Let me say that anything that improves the education of our young children I will fully support.

Let us not forget the Government’s own statement “Every Child Matters”; every child irrespective of status, background or ethnicity deserves the same chance of a good education!

Let us truly believe that every child does matter. If they are under achievers then let us help them not kick them when they are already down, it will be better for us all as a country in the long term because after all every child really does matter!

Therefore the children from the deprived areas will not necessarily be given a place at the school of their choice if that governing board feel that child is going to affect those results. In a primary school setting that could be catastrophic not only to the children, but the country as a whole because primary education is the starting point.

So what happened to Alan after he left Labour?

Did he have a genuine change of heart or did he abandon his socialist principles?

I asked Alan recently why he was comfortable with these proposals and job losses. He explained to me that as far as he was aware and from what the coalition leaders had told him, the only job losses were in the Co-operative working department. I told him that he was being misled and asked him to speak to Cllr Ruth Rosenau who I knew understood the finer details of these proposals. He assured me that he would and told me that if he thought that there were cuts to services in any Children’s Centres he’d vote against.

Something seismic must have changed to make Alan Dutton and all those City Independent and Conservative councillors vote against those ladies and their children. Because when they voted against taking this issue through the overview and scrutiny process  – that’s exactly what they did.

Alan Dutton has recently accepted a paid position from his group leader Dave Conway – maybe that is the cost of a set of principles these days.

This is a text widget. The Text Widget allows you to add text or HTML to your sidebar. You can use a text widget to display text, links, images, HTML, or a combination of these. Edit them in the Widget section of the Customizer.